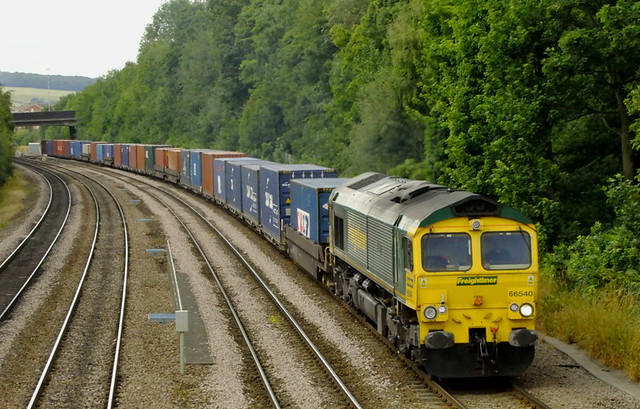 If you have written off rail as a transport mode, maybe it’s time to think again. Once considered a declining and uncompetitive way of moving goods, UK rail freight is enjoying a renaissance.

You will no longer see the sidings that used to grace every station and which brought all manner of wagonload shipments to every corner of the country – road transport had largely killed that off by the 1960s. What you may not know is that there is now a dedicated network of rail-served transport hubs around the country and they are available for all the registered rail freight companies to use on behalf of their clients.

Rail freight is now carrying more material than ever before, thanks to its increased focus on the things it does best – hauling heavy loads for medium to long distances, at speeds of 75mph, often to and from sea ports. A train load can replace up to 75 HGVs, which is an added environmental incentive.

Intermodal
Conveying containers as part of a road/rail or sea/rail/road journey, or ‘piggyback’ services where a lorry trailer is carried on the freight train. Timetabled services run between rail freight terminals, and between terminals and ports. Single-container shipments are accepted: freight forwarders work with the rail freight operators to aggregate loads to optimize the payload and keep costs down.

Network Rail is engaged on a major investment programme to open up the major UK rail freight lines to the W10 loading gauge, which allows Hi-Cube 2.9m high containers and 2.5m wide Euro containers to be carried on normal wagons (Hi-Cubes can be carried on other routes using low-slung wagons but wagon capacity is reduced). Check with your freight forwarder to see if your intended transport route(s) will fit your consignments.

If you are shipping through Felixstowe or Southampton, then these (and many other ports) are extensively rail-served, and it is as easy to include rail as part of the journey as it is to use trucks for the whole overland route.

DB Schenker
Formerly EWS, (a leader in the privatised UK industry) and now part of Deutsche Bahn, their international reach includes daily cross-channel services to many European countries. They specialize in intermodal shipments including door-to-door logistics. They also support the construction sector with shipments to the Olympics, Heathrow Terminal 5, High Speed 1 and the A1 bypass in Yorkshire.

Direct Rail Services
A subsidiary of the Nuclear Decommissioning Authority, as you might imagine they are used to handling special cargos. They have used this expertise to expand into intermodal freight services.
http://www.rail.dbschenker.co.uk/

GB Railfreight
A fast-growing independent, they have recently been acquired by Europorte (the Eurotunnel group) and they are 3rd largest in both the UK and France. Their services include:

Intermodal – ‘turn up and go, book today for a train tomorrow’container services from Felixstowe port to both Hams Hall, West Midlands and to Manchester.

Freightliner
The UK’s largest rail container shipper, with a 65% market share. Their fleet includes electric traction as well as diesel locomotives (where possible), and 300 road vehicles for door-to-door services. Also big in Heavy Haul bulk shipments and they have a Logico ad hoc division so if it is not currently carried by rail, they will try to find a way that it can be.
http://www.freightliner.co.uk/

The UK’s supermarkets are moving to rail wherever they can. The leading example is Tesco, which has had a joint venture with Eddie Stobart Rail since 2006 and they now have 6 dedicated routes within the UK, each served 6 days a week. Your freight forwarder can obtain particularly good rates on return loads on these container services.

Even more interestingly, the venture now includes a weekly continental shipment of Spanish produce to the UK, using a train of 30 satellite-monitored chilled containers. They plan to expand to 3 trains a week, and again, if you want to ship to Spain, the backhaul opportunities are significant.

There are many other examples where people are utilising rail in new ways. For example -
Hot slab steel shipped from the furnace to arrive warm enough to be rolled into sheets.
Car parts moved to the factory ‘just in time’ for the next shift.
Fresh aggregates transported for making road tar.

Grants are often available for companies to switch to rail or expand their rail usage – this can reduce the cost of putting in a siding, loading platform, lifting crane etc. Bearing in mind the environmental advantages and possible cost savings, it’s time to take a fresh look at rail. 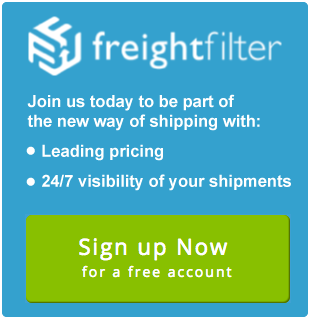